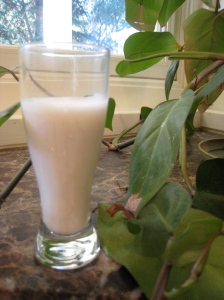 I decided to start making my own almond milk to avoid the additives in the store bought but after tasting my homemade almond milk I would make it for the flavor alone. It is light, fluffy, creamy and just scrumptious.

Good enough to be desert!

Soak almonds at least overnight in water in the refrigerator. 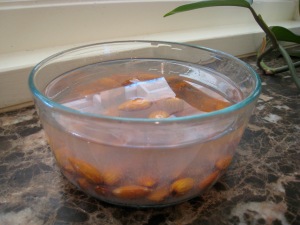 Rinse and put in blender with four cups fresh water.

Blend for one minute –add cinnamon and blend for another minute.

I got a jelly strainer bag from the hardware store and secured it over the top of the blender before carefully pouring into a bowl. I then squeezed out all the liquid. I plan on using the excess nut meat in a recipe. You can also put the contents of the blender through a cheesecloth or buy something called a “nut bag” for this purpose. 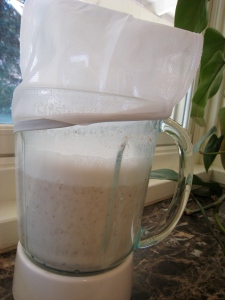 I came out with four cups of heavenly almond milk-the same amount as a 32 ounce store bought carton.